Help Save The Donkey Field At Seaview 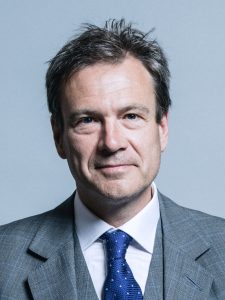 Bob Seely has objected to the proposed nine houses on the Donkey Field, an extract from his recent Newsletter can be seen here.

We support Bob Seely’s campaign along, with that of the Isle of Wight Council, to have appropriate house building requirement for the Island set in the context of local need and not solely by Central Government policy or an algorithm.

Housing and Planning Across the Island

I believe that the Island should make the case for genuine ‘exceptional circumstances’ in housing need. This would mean creating an Island housing needs assessment, complementing the Council’s work evidencing the Island’s delivery constraints.

The Government has informed me of the potential viability of the exceptional circumstances approach.

The current method used to generate housing targets is not appropriate for calculating the Island’s current or future needs. More generally, we need to develop a more sustainable future for the Island.

The IW Council plans to accept, in practice, the current targets, but to argue that the Island cannot meet those targets. I believe that the Island should in principle, argue for exceptional circumstances and NOT accept the current numbers on principle as well as arguing that it cannot build the numbers required.

The Island does not have the infrastructure, public services or inward investment to support the proposed housing targets. Our current housing targets are unachievable; despite having over 2000 dwellings permissioned and unbuilt, at no point during the last decade has Island development met the new target. Simply put, I believe we cannot build enough homes to meet a target any higher than 300-400 homes per year.

The Council plans to accept a housing target of approx. 480 homes per year. It will not achieve this target and will simply set itself up for failure, allowing developers to potentially run riot over the Island’s countryside. We must not accept a target we cannot achieve.

Furthermore, the Island’s undeveloped landscape must be better protected. This would involve a significantly lower proportion of greenfield development. To protect our landscape, the Island requires recognition and support for wider statutory designations. This includes options for expanding the Island’s AONBs (Areas of Outstanding Natural Beauty), or creating an ‘Island Park’ designation, which could be tailored to our specific needs. Protections should include recognition of the Island’s landscape as a UNESCO biosphere and of the importance of sustainable interaction with the environment.

In addition, whilst the updated policy on high-quality design is welcome, this is an opportunity for the Council to strategically coordinate with local communities and designers to transform the standard and character of the properties we build.

The Island needs housing; for Islanders, in sensitive numbers, in existing communities, in a recognisable Island style. What it does NOT need is generic, low density, car dependent, carbon inefficient, environmentally damaging, sprawl housing estates which destroy the landscape, are not built for Islanders and damage the Island’s economy and quality of life.

Bob Seely has objected to the Planning Application for 8 Houses on the Farmers Field, here is what he said about it in his July 2021 Newsletter.

I have objected to the proposed construction of eight houses on land at Seagrove Farm in Seaview.

This is a greenfield site that acts as a natural boundary between the villages of Nettlestone and Seaview. If this development is given the green light it sets a precedent for the adjoining Donkey Field to be developed as well which, combined, would be a huge loss to the local community. We need green spaces like these to give people quality of life and places to go for peace or recreation. Developing this land will close the gap between the two villages and yet more green space will be lost forever. We need to protect our villages from this type of infill that removes their unique character and distinguishability.

Access to the site seems to be ill-thought-through. Clearly, there is already inadequate width for vehicles to pass on Seagrove Manor Road without pavement mounting and there are similar issues on Seagrove Farm Road making the access road highly unsuitable. An increase in the number of vehicles in the area would not only increase the chance of accidents and injuries but will also make it very difficult for refuse collectors and emergency vehicles to get through.

The houses are all earmarked as market houses with none defined as affordable. These homes are not planned with Islanders in mind, they will most likely be bought by second homeowners and left empty for months on end.

He also commented on the Planning process in the same Newsletter.

I spoke recently in a debate that discussed local involvement in planning decisions. Local people need to have a say over where houses are built in their communities. The Government’s standard methodology for housing does not work for the Isle of Wight and I am pushing for it to be changed.

I have put some ideas forward to the Government which includes a tax on greenfield sites and legal priority for brownfield sites. I also want to see changes that do more to prevent land banking and I want councils to have more powers for compulsory purchase.

There are 600 long-term empty homes on the Island. I want Government to give the Island power to use these homes for the public good. I will also support moves to block people from buying properties that are main residences and then using them for holiday homes or holiday rentals.

Extracts from Bob Seely’s speech in the House of Commons on 8 October 2020 opening the debate, which can be read in full here, on “Planning reform, house building targets and the Planning for the Future White Paper”

That part of the debate which was applicable to the Isle of Wight is set out below:-

I will now make a few brief points about my constituency. The Government tell rural England that it needs to do its bit, and the Isle of Wight has a story that is similar to many others. Since 1960, the population of our beautiful small Island has grown by 50%—not 15%, but 50%. In the same period, the populations of Newcastle, Sunderland, Hull, Liverpool, Manchester, Birmingham, and Stoke-on-Trent have all declined, not relatively but in absolute terms. The message from many parts of Britain is that we have been doing our bit for decades, and levelling up is about other people now doing theirs. The new standard methodology simply does not make sense for the Island. It is based on local income calculations, but housing demand in my patch, and others, is driven by other factors—in my case, the migration of retirees from across Britain.

I thoroughly agree with my hon. Friend. The good folks who retire to the Isle of Wight use assets. They use cash from house sales, not income, to buy. Therefore, affordability criteria based on income make little sense and artificially inflate our housing need by 70%. Our targets have little to do with our need. The indigenous population of the Isle of Wight is expected to decline by 11,000. Official figures show that all our population growth until 2034 will come from ​those who are 65-plus, either indigenous or retirees. It is great that we have retirees—don’t get me wrong—and I look forward to being one, one day. However, the demographic imbalance damages our society as well as our economy. For the first time in 50 years, we need the White Paper to prioritise Islanders, young and old, and not primarily to build for a mainland retirement market. I have yet to meet a single Islander who disagrees with that agenda.

We face exceptional housing constraints. We have our own housing industry. As a legal baseline, our housing industry can build 200 to 250 units a year. We have managed 350 units in the past few years—not affordable, and almost all on low-density greenfield estates that damage our tourism economy. The Government might as well be asking us to lead a moon landing programme, for all our ability to deliver either the current targets or the new ones. We are being set up for failure, and like other Members, I find that difficult to accept. If the Minister wishes to build for young Islanders, I will show him where and how to build, and I will tell him what we need. The answer is not low-density greenfield sprawl, or the numbers demanded. The Isle of Wight Council and I are at one on that.

Time prevents me from going into other reasons such as infrastructure, all of which are made worse by the Island’s electricity, sewerage, water supply and hospitals, which are under pressure. In 40 years, we have had a 50% increase in population, and we had have half a mile of dual carriageway, and some cash last year to tinker with the wrong roundabout in Newport. Our 1938 rolling stock on Network Rail will now be upgraded to stock from 1970, which I suppose is modernity of a sort. 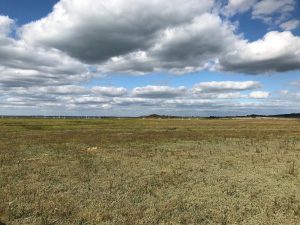 I have asked the Government for further landscape protections. Currently, around half the Island is covered by the existing Area of Outstanding Natural Beauty designation but I want to see more land protected. This is part of a wider strategy on environmentally friendly development of the Island, both in housing or growing ‘green’ industries such as wind and tidal energy.

I want the Government to consider three options: an extension of the existing AONB status to cover more of the Island, full national park status, or a new designation – an ‘Island Park’ – which would sit somewhere between the protection levels of that of an AONB and National Park.

I set out my vision in a virtual meeting with Lord Gardiner, Parliamentary Under Secretary of State for Rural Affairs and Biosecurity, and representatives from Natural England and DEFRA.

The Prime Minister has set out his plans to designate and protect an additional 4,000 sq km of land across the country by 2030. I want the Island to be included in that.

I want the Government to recognise that the Island has a natural uniqueness which is worthy of further protection. We have a mixture of rare geology, unique beaches, some of the richest dinosaur finds in Europe along with chalk downs, marshy inlet and a lot more besides. We must protect them from harmful development.

Currently we have five parcels of land designated as AONB: most areas have one large continuous designation. I want us to get away from the field by field approach to designations and protect a much larger area of land.

This is not just about housing and protecting from overdevelopment: it is about protecting landscape in perpetuity and is part of a green agenda for the Island too. Where we build, we need to build for Islanders, in appropriate numbers, in existing communities.

It is clear that to push this agenda will require the full support of the local authority so I will be talking to the Isle of Wight Council to discuss how we can move forward.