Help Save The Donkey Field At Seaview

The felled Oak was about 150 years old, the Ash probably 40. The two trees had no Tree Protection Orders (TPO) on them despite the Oak having been identified as long ago as 2008 as being under threat from potential development, this having been brought to the Council’s attention and TPOs sought on more than one occasion. There are now TPOs on the rest of the trees in and adjacent to the Donkey Field. The picture below show the stump of the felled Oak and the felling of the Ash and the Oak in progress.

This felling was simply unnecessary as plans submitted in 2019 on behalf of Eton with an access off of Solent View Road, which vehicular access is not actually available to the Donkey Field, demonstrate by showing an access road avoiding the Oak and Ash trees and leaving them remaining standing. This plan can be seen here. 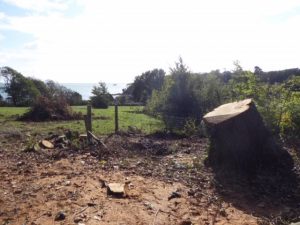 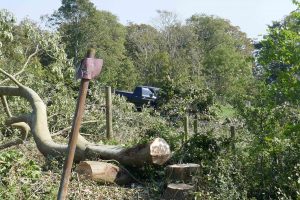 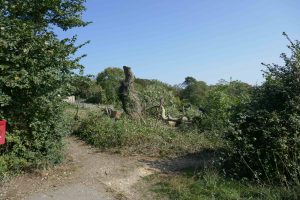 It is clear no Felling Licence was sought or obtained from the Forestry Commission and, indeed, no Licence would have been required had the felling been in total less than 5 Cu Mt in volume.

Using the evidence of the photograph of the Oak in profile taken in the Spring of 2020 and using the Forestry Commission’s own methodology we were able to commission a report, which can be seen here, from Nigel de Berker BAHons, NDArb, FArborA of Wessex Tree Consultancy, showing that the Oak alone contained more than 5 Cu Mt of timber and accordingly substantiating our belief that a Licence may have been required. The Island’s MP, Bob Seely, has been most supportive and has sent our report to the Forestry Commission.

A further Freedom of Information request to the Forestry Commission has elicited the ‘Formal Warning’ letter, which can be seen here, sent to Eton which is simply disappointing given what appears to be a clear breach of the law! 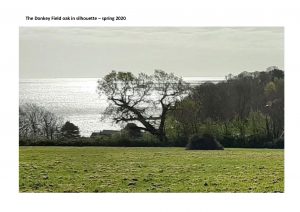